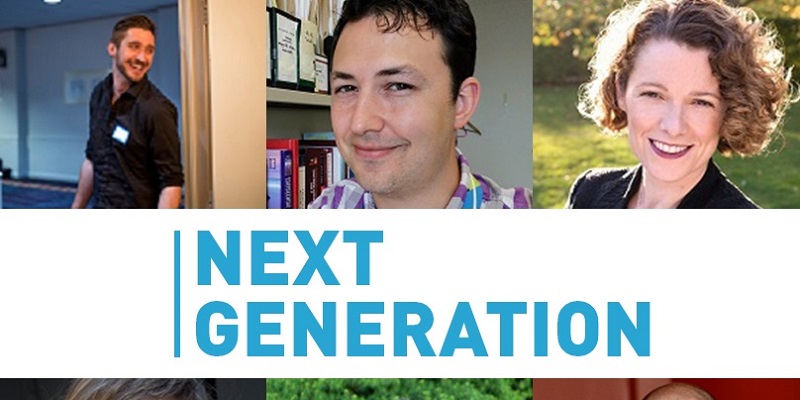 Recently, the Government of Canada announced an initiative called Generation Energy; reimagining Canada’s energy future. An energy future that, if climate goals are to be realized, must include a mix of clean, cost-efficient, reliable power. Several companies in Canada and beyond are racing to create the nuclear reactors of tomorrow. Enter the next generation of nuclear. #NextGenNuclear 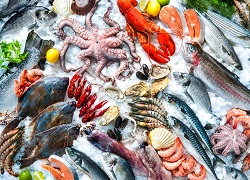 Seafood lovers could one day find their plates dry thanks to climate change. Findings reported on by the Marine Stewardship Council indicate that increasing greenhouse gas emissions absorbed by our world’s ocean are causing them to heat up and become more acidic. These changes threaten the very habitats that fish and other marine organisms like shellfish need to survive.

Nuclear Science and Your Apple 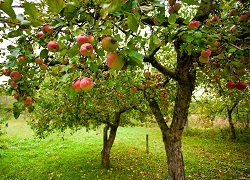 The Okanagan Valley in southern British Columbia is known for its beautiful beaches, pristine lakes and fruit production. In fact, this sweet snack is one of the main drivers of the local economy. But did you know that nuclear science plays a key role in protecting apple crops? The value of tree fruit is almost a billion dollar per year business, making it one of the most important industries in the region. Apples reign king in the Okanagan, comprising over half of all planted land.

Highlighting the Need for Nuclear 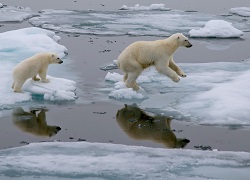 January 2017 was the third warmest January in over 100 years, according to scientists with NASA’s Goddard Institute for Space Studies. As the planet continues to warm, temperature increases continue to wreak havoc. A United Nations report on weather-related disasters pegged the cost of extreme weather events like floods, storms and droughts at close to 300 billion US dollars annually. The impact of the climate crises on communities has been echoed time and time again.

Did You Know? Cowpox 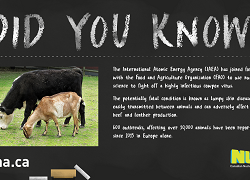 Did You Know? The International Atomic Energy Agency (IAEA) has joined forces with the Food and Agriculture Organization (FAO) to use nuclear science to fight off a highly infectious cowpox virus. The potentially fatal condition is known as lumpy skin disease and is easily transmitted between animals and can adversely affect milk, beef and leather production. 600 outbreaks, affecting over 10,000 animals have been reported since 2015 in Europe alone.