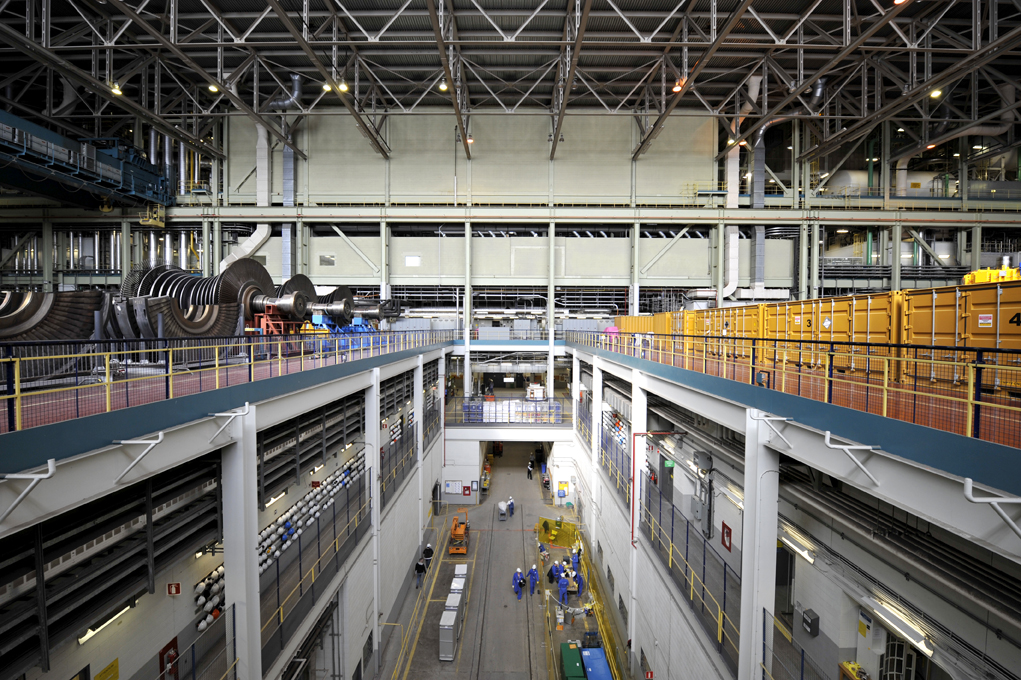 How a Nuclear Reactor Works

Nuclear reactors produce heat by splitting atoms. That heat converts water into steam. That steam turns a turbine that spins a magnet which makes electricity flow to the grid.

How a nuclear reactor produces electricity

Nuclear reactors are sophisticated machines built to exacting engineering standards. Here’s an overview of how they produce electricity.

Canadian nuclear power reactors are CANDU reactors – heavy water reactors developed by Canadian scientists and engineers. CANDU stands for Canada deuterium uranium, because it uses deuterium oxide (heavy water) as a moderator and coolant and uses natural (not enriched) uranium as a fuel.

Innovative Canadian engineering allows CANDU reactors to be refuelled while operating at full power! Most nuclear reactors must be shut down for refuelling.

Because Canada has a record of excellence in nuclear technology, other countries have built these Canadian-designed reactors. Almost half of CANDU reactors have been built in Argentina, China, India, Pakistan, Romania and South Korea. There are 34 CANDU reactors globally, 30 of which are operable.

There are 19 operable CANDU reactors at four nuclear generating stations in Canada.

The Bruce Nuclear Generating Station is the largest operating nuclear power facility in the world based on its eight reactors, which generate 6,288 MWe. It is located on the shore of Lake Huron, 190 km from downtown Toronto, Ontario, and first delivered power to the grid in 1976. It is operated by Bruce Power, but is owned by Ontario Power Generation (OPG)

The Darlington nuclear generating station is Canada’s second-largest nuclear facility by total energy output. Its CANDU reactors are owned and operated by OPG. Capable of producing up to 31 million MWh annually, the Darlington station powers up to 2.5 million households. All four Darlington units are undergoing mid-life refurbishment, so they can generate clean, reliable electricity for the decades to come.

The Pickering Nuclear Generating Station is Ontario’s smallest commercial nuclear facility. Its four CANDU reactors are owned and operated by OPG. Despite its smaller size, the Pickering station powers up to 2.5 million households.

Point Lepreau was the first CANDU 6 reactor to be licensed for operation, the first to achieve criticality and first to begin commercial operation. It is owned and operated by New Brunswick Power. This one nuclear reactor supplies almost one-third of the entire province’s electricity!

CANDU reactors in the world

Canada has exported CANDU reactors to Argentina, China, India, Pakistan, Romania and South Korea. There are 30 CANDU reactors in operation globally. As well, India developed the design and built 16 reactors that are based on the CANDU design.

SMRs are also modular, so many can be built together. These innovative reactors are designed to be built economically in factory conditions, rather than onsite. This new manufacturing…