Naturally occurring traces of uranium can be found in all rocks and soils, rivers and oceans, as well as in food and in human tissue. Because uranium is naturally radioactive and exists virtually everywhere, it contributes to what is called natural background radiation. 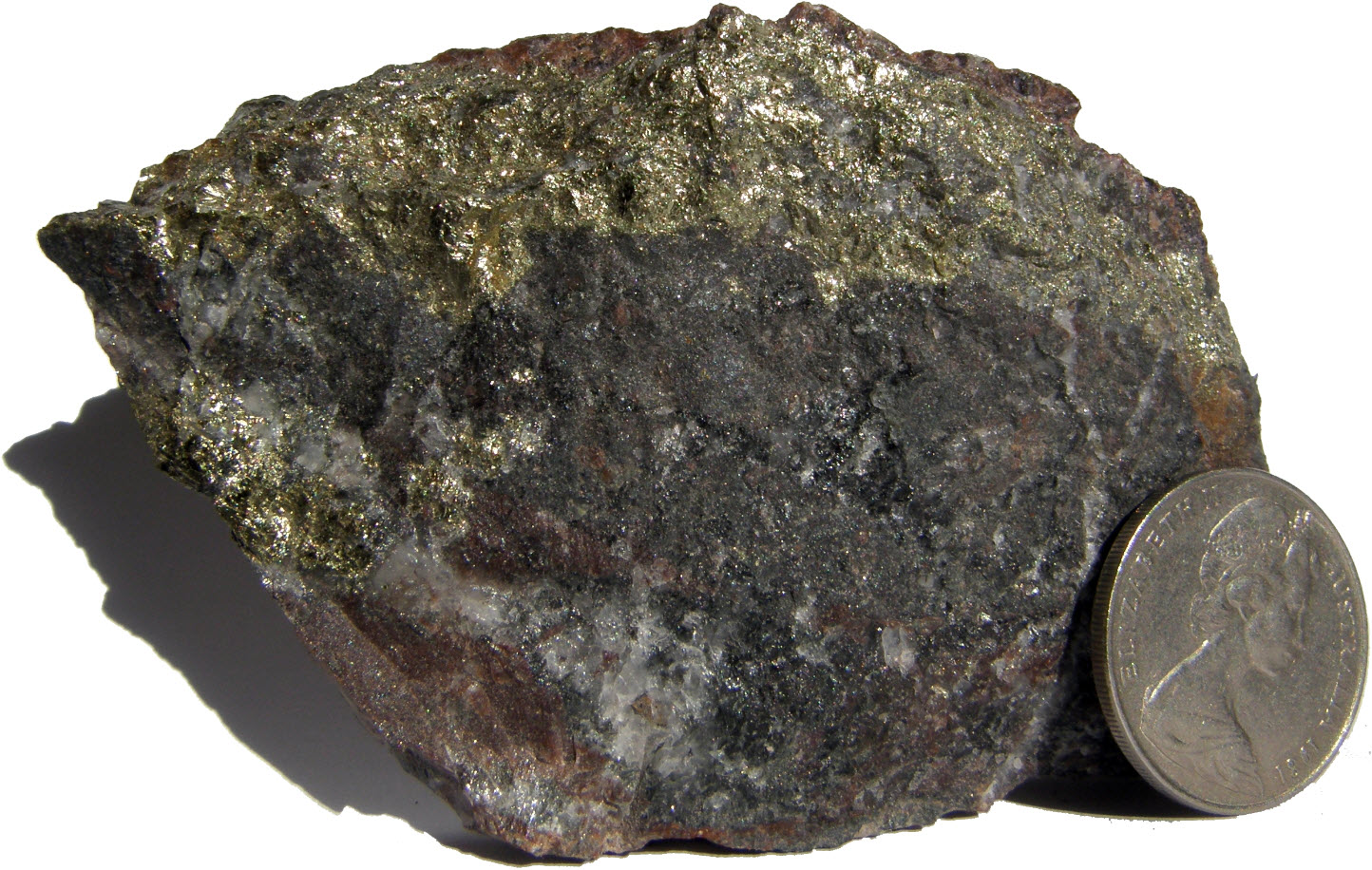 Most Canadian uranium is mined in the Athabasca Basin in Northern Saskatchewan, which has some of the world’s highest-grade uranium deposits, with concentrations more than 100 times the global average. Other significant resources in Nunavut, Ontario, Quebec and the Northwest Territories have not been mined. 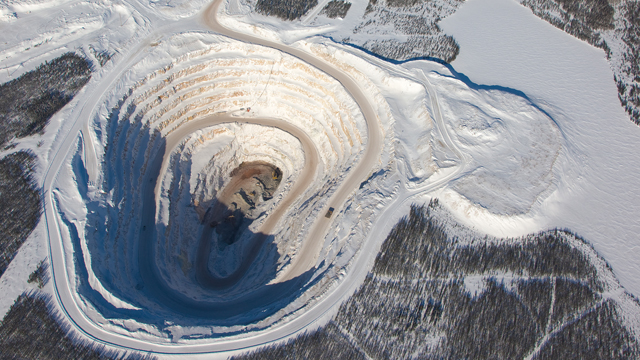 Open-pit mine at the McClean Lake facility. Source: CNSC.

When uranium ore is found near the surface, generally less than 100 metres deep, it is typically extracted by the open-pit mining method.

Open-pit mining begins by removing soil and waste rock on top of the ore, to expose the hard rock. Then a pit is excavated to access the ore. The walls of the pit are mined in a series of benches to prevent them from collapsing. To mine each bench, holes are drilled into the rock and loaded with explosives, which are detonated to break up the rock. The resulting broken rock is then hauled to the surface in large trucks that carry up to 200 tonnes of material at a time. 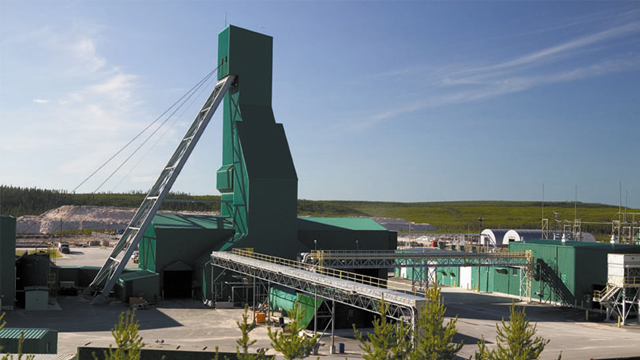 The main McArthur River head frame, which houses the hoist over the vertical shaft. Source: CNSC.

When ore is located more than 100 metres below the surface, underground mining methods are more economical than mining by open pit.

The first step in underground mining is to access the ore. First, miners dig vertical shafts to the depth of the ore, then cut a number of tunnels around the deposit. A series of horizontal tunnels offer access directly to the ore and provide ventilation pathways. All underground mines are ventilated, but extra care is taken with ventilation in uranium mines, to minimize the amount of radiation exposure and dust inhalation. In most underground mines, the ore is blasted and hoisted to the surface for milling.

A video animation of the Raisebore Mining method of underground mining is available on the Cameco Corporation channel on YouTube. 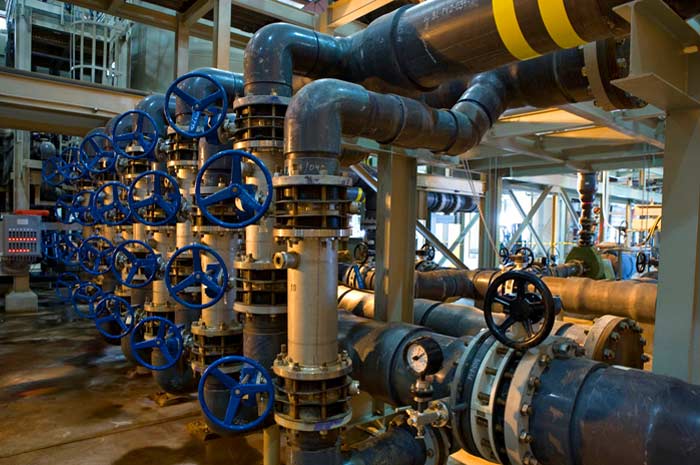 Part of the in-situ recovery process at Inkai. Source: Cameco.

In a few places, geologic conditions allow uranium to be dissolved from ore directly, by pumping mining solutions underground, bringing it back to the surface, and extracting the dissolved uranium. With this in-situ recovery process (“in situ” meaning “in the original position or place”), there is limited environmental disturbance of the surface. The surrounding rock remains in place, while the dissolved uranium is pumped to the surface, and then circulated through a processing plant for extraction.

A video animation of in-situ recovery mining is available on the Cameco Corporation channel on YouTube.