Alberta Premier Jason Kenney has signalled intent to add his signature to the Memorandum of Understanding (MOU) to advance the development and deployment of SMRs to address climate change, regional energy demand and economic development. This signature will represent the fourth Canadian Premier to join the MOU that was signed in December 2019 by Saskatchewan Premier Scott Moe, Ontario Premier Doug Ford and New Brunswick Premier Blaine Higgs.

“This is a crucial step in Canada’s energy transition because SMRs produce the density of electricity and heat needed to maximize the potential of all other energy sources,” says John Gorman, President & CEO of the Canadian Nuclear Association. “Canada is fortunate to have one of the world’s largest clean electricity grids (82% carbon-free), one of the world’s largest reserves of oil and natural gas, plus a growing array of biofuel, solar, wind and hydrogen energy. When we get these resources working together, no one can match Canada’s ability to produce clean, abundant, affordable energy.”

SMRs are nuclear fission reactors that produce clean energy, designed to be built at a smaller size but in larger numbers than most of the world’s current nuclear fleet. They represent the next generation of innovative, versatile and scalable nuclear reactors that will further enhance the safety, economic and environmental benefits of nuclear energy.

Two years ago, the Government of Canada published the SMR Roadmap stating, “Innovation in the nuclear sector plays a critical role in reducing greenhouse gas emissions and delivering good, middle-class jobs as Canada moves toward a low carbon future. SMRs could be the future of Canada’s nuclear industry, with the potential to provide non-emitting energy for a wide range of applications, from grid-scale electricity generation to use in heavy industry and remote communities.”

Last December, the Premiers of Ontario, Saskatchewan and New Brunswick signed a MOU, agreeing “to work together to explore new, cutting-edge technology in nuclear power generation to provide carbon-free, affordable, reliable, and safe energy, while helping us unlock economic potential across Canada, including rural and remote regions.”

In February 2020, Canada’s Natural Resource Minister Seamus O’Regan launched consultations regarding the conversion of the 2018 SMR Roadmap into the SMR Action Plan. The government highlighted potential applications of SMRs in remote communities, industrial, mining and other settings as a method of providing zero-carbon clean baseload electricity where currently unavailable.

With Alberta’s plans to join other provinces in the MOU, another key window of emission-reducing technology comes into play.

“Canadian oil and natural gas are a vital part of the Canadian economy,” says Gorman. “It is investing heavily in emission reducing technology of all sorts. The potential to harness clean electricity and heat to further accelerate emission reductions could be highly impactful to the Albertan and Canadian economies—and to our ability to achieve net zero by 2050.”

To learn more about Canadian SMRs and the SMR Roadmap, visit www.smrroadmap.ca. 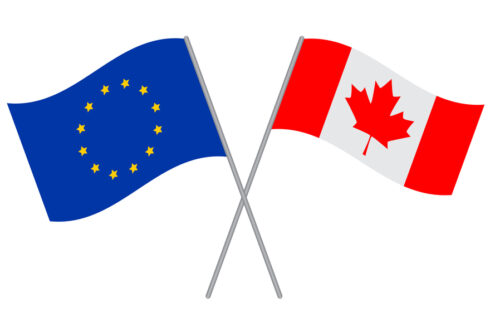