Sales of electric and hybrid cars took a hit last year, as some provincial incentives came to an end – but there’s no question that the long-term trend in car sales is looking greener. Prices are coming down for both battery-operated vehicles (BEVs) and plug-in hybrid vehicles (PHEVs), while awareness of our carbon tireprint continues to grow.

Electric Mobility Canada states that Canada had 93,091 electric vehicles on its roads by the end of 2018; Fleetcarma posted that sales of electric vehicles had increased by 166% between the third quarters of 2017 and 2018 – with electric cars accounting for 8.3% of all sales in Canada.

That all sounds like a boon for the climate because, according to Natural Resources Canada, “The efficiency of energy conversion from on-board storage to turning the wheels is nearly five times greater for electricity than gasoline.”

Unfortunately, that’s only part of the issue. Even if your electric vehicle releases no emissions, it’s drawing electricity from the grid – and what powers that?

Canada’s provinces are a patchwork of different energy mixes, and some are cleaner than others. The Canada Energy Regulator, a new government agency, has mapped the greenhouse gases that province and territory’s grid emits to create a kilowatt-hour of electricity. Nunavut and Alberta, which burn mainly fossil fuels, emit the most per kWh, while Quebec, which relies largely on hydroelectric power, emits the least.

Nuclear power plays an important role here, because it has one of the lowest carbon emissions of any form of power generation, close to that of hydroelectric power. But not every province has the right geography to build more dams.

So, when you charge your electric vehicle in Ontario, you’re getting 62% of that electricity from nuclear power, which means that you’re driving much greener than if Ontario were still burning coal. The real emissions from your electric car depend on “well-to-wheel efficiency”, which in turn depends on where you drive.

Nobody buys an electric vehicle with the expectation that the grid will turn green overnight, but there are some hopeful signs. Saskatchewan, for example, is looking at nuclear energy to power more of its grid, which burns mostly fossil fuels. “Nuclear power has virtually no emissions relative to (liquefied natural gas), which has some emissions, relative to carbon capture and storage, which does have some emissions,” Premier Scott Moe told the Saskatoon Star-Phoenix. Saskatchewan, which has many smaller remote communities, may be ideally suited for small modular reactors (SMRs), which are catching on in new markets, as far away as Poland, for example.

The expertise to build SMRs may come from close to home, too, as two New Brunswick companies – Moltex and ARC Nuclear – have made advances in their development. 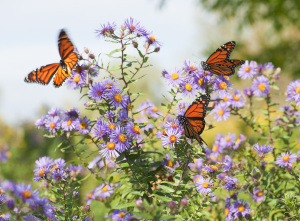