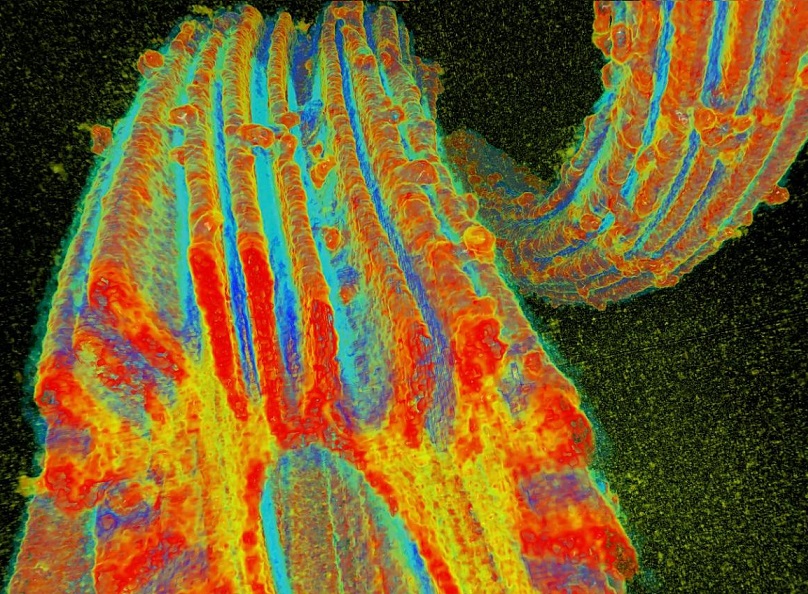 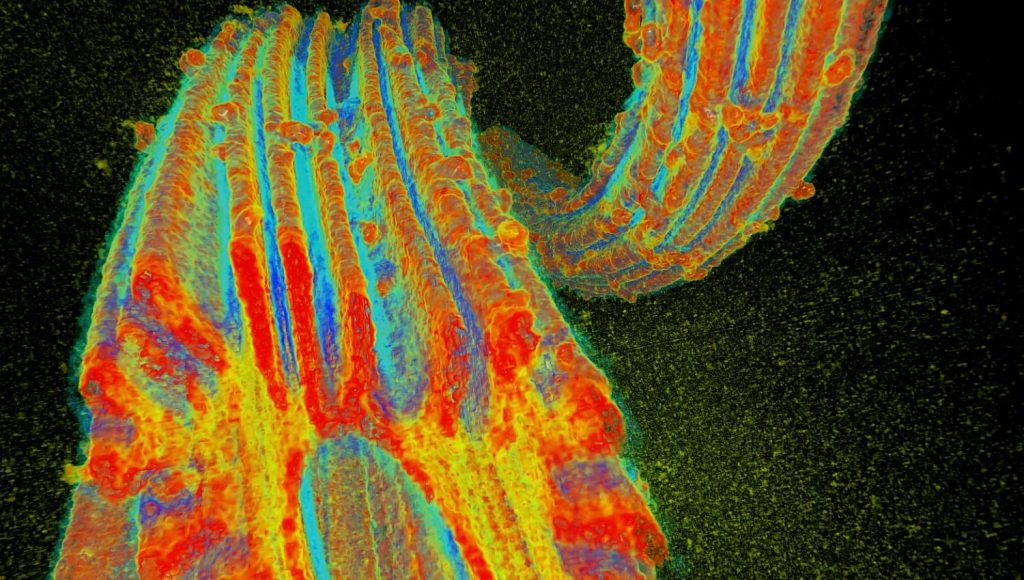 According to Natural Resources Canada, “renewable energy is energy obtained from natural resources that can be naturally replenished or renewed within a human lifespan.” This typically includes sunlight, wind and rain. Uranium has never made this list, as it is generally believed that uranium resources are finite. However this is not the case.

While terrestrial uranium (the uranium we currently mine) is indeed limited in quantity, with known resources that will last another 100 years or so, there is uranium in seawater that naturally replenishes itself.

The uranium in seawater is controlled by steady-state chemical reactions between the water and rocks that contain uranium, such that whenever uranium is extracted from seawater, the same amount is leached from the rocks to replace it.

Scientists envision anchoring hundreds of lengths of uranium-extracting fibers in the sea for a month or so until they fill with uranium. Then a wireless signal would release them to float to the surface where the uranium could be recovered and the fibers reused. It doesn’t matter where in the world the fibers are floating. Source: Andy Sproles at ORNL.

In fact, according to a Forbes Magazine article by James Conca, a scientist in the field of earth and environmental sciences, “it is impossible for humans to extract enough uranium to lower the overall seawater concentrations faster than it is replenished.”

Though the uranium concentration in seawater is only about 3 milligrams per cubic meter, the total volume of the ocean is about 1.37 billion cubic kilometers, which means there are about 4.5 billion tons of uranium in seawater at any given time.

There is currently a considerable amount of research being done on extracting uranium from seawater, most notably in Japan, China, and the United States. The latest technologies, which have emerged from Department of Energy’s (DOE) Pacific Northwest (PNNL) and Oak Ridge National Laboratories (ORNL), use polyethylene fibers coated with amidoxime to attract and bind uranium dioxide from seawater. These fiber braids are about 15 centimeters in diameter and can be several meters in length depending on where they are installed.

After a month or so, the fibers are brought to the surface, where they undergo an acid treatment that recovers the uranium and regenerates the fibers so that they can be reused.

“Finding alternatives to uranium ore mining is a necessary step in planning for the future of nuclear energy,” explained Stephen Kung at the DOE’s Office of Nuclear Energy to Forbes Magazine. But making the process economical is equally important.

The advances by PNNL and ORNL have reduced the cost of extraction by a factor of four in just 5 years, but the cost is still about $200/lb compared to traditional uranium mining which ranges between $10 and $120/lb.

Researchers continue to seek more efficient and economic ways to extract uranium from seawater, because the amount of uranium is truly unlimited. It is renewable energy in every sense of the word, and should be considered alongside solar, wind and hydro.