One of my projects at the CNA has been to organize screenings of the movie Pandora’s Promise at universities across Canada.

At each university, there are a number of departments in which the movie could potentially resonate, including science, engineering, political science and environmental studies. Some universities have a department dedicated to the study of sustainable resources, where I would have expected to find nuclear energy advocates.

The term “sustainable” has become synonymous with “renewable” among a significant number of students studying sustainable resources. For the most part, they are focused on water, wind and solar power, and have the tendency to neglect or even attack nuclear energy.

To set the record straight, it should be noted that sustainable energy has a much broader umbrella as it includes renewables such as water, wind, and solar, as well as non-renewables such as nuclear, which can be used as an energy source for many years to come.

Canada is a country so rich in uranium that it can continue to provide the fuel for nuclear energy for hundreds, if not thousands of years. With known resources of 572,000 tonnes of U3O8, Canada has approximately 10% of the world’s uranium, less only than Australia (31%) and Kazakhstan (12%).

In addition, Canada has the option to reprocess used fuel, as is being done already in many European countries, Russia and Japan. Moreover, Canada’s nuclear plants have the ability to breed Thorium, which is even more abundant in Canada than uranium.

Clearly, nuclear energy is sustainable. Why, then, does it continue to be omitted from consideration in the sustainable energy mix at Canadian universities?

A number of factors are likely at play, including general misinformation regarding the benefits (and risks) of nuclear energy, the trendy nature of renewables, and the fact that nuclear forces a division among those who consider themselves environmentalists and they choose to avoid this division rather than confront it.

Moving forward, we will continue to reach out to students studying sustainable resources, as I believe that while many of them will only ever endorse renewables, there is an opportunity to educate and engage those who simply haven’t considered nuclear.

What are SMRs? And what is their role in decarbonization and electrification? 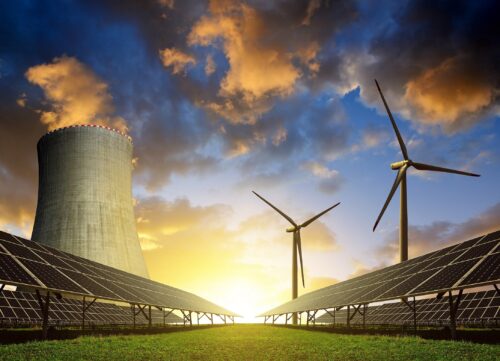 Nuclear and Renewables Must Work Together for a Clean Energy Future