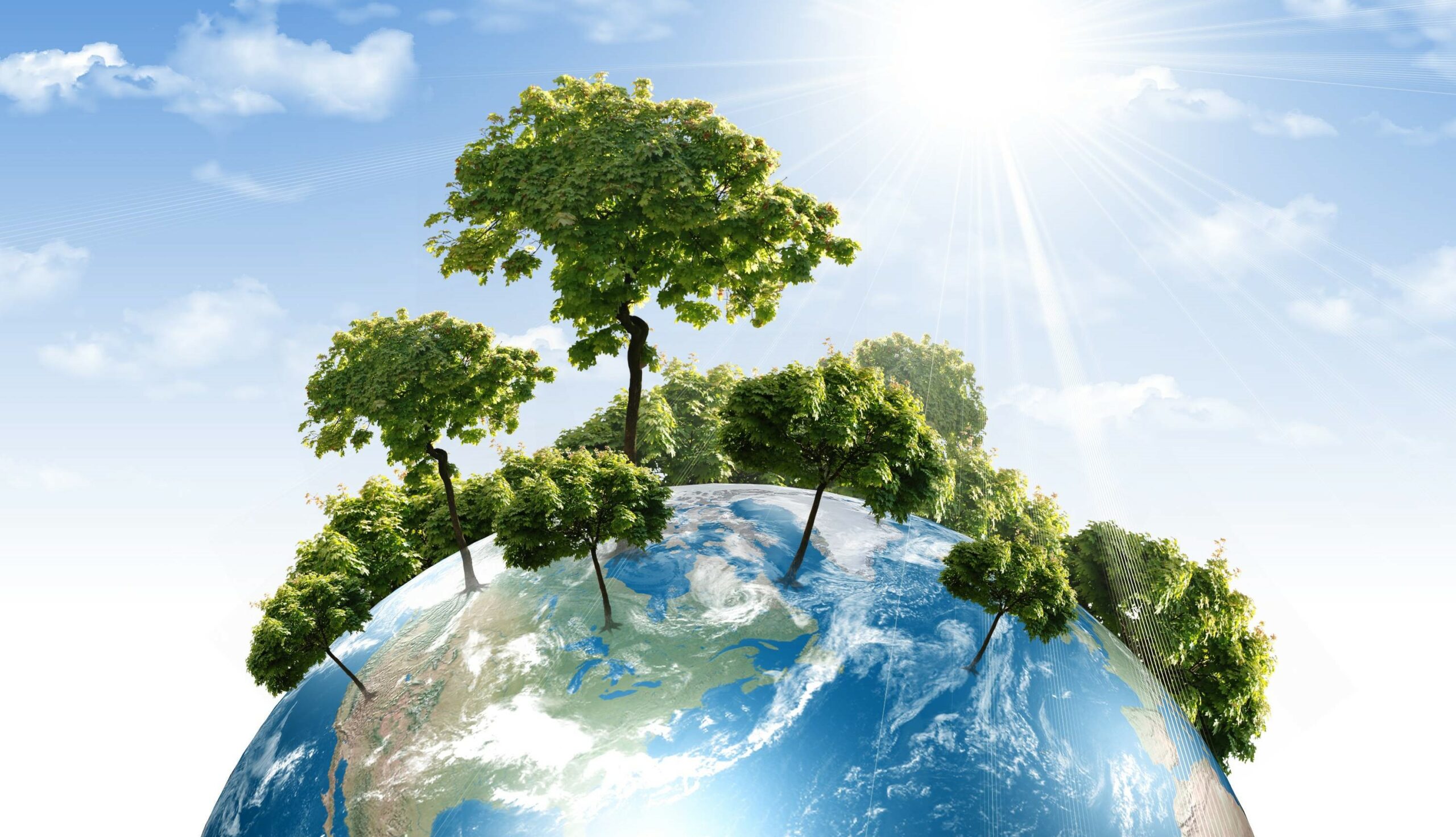 By John Gorman, President and CEO of the Canadian Nuclear Association

For many Canadians, the impact of climate change has never been so profound. Devastating floods, wildfires, soaring temperatures and volatile storms are sadly part of our harsh reality. There is no doubt that we face a crisis of unimaginable proportions unless we fight it with everything we have.

The time to act is now if we have a chance to mitigate catastrophe.

There is no silver bullet to get to net-zero – but there is a proven path based on science and facts. A path that requires the right mix of clean energy technologies to work together in partnership. A path that must include leveraging the full potential of renewable energy sources such as solar, hydro, and wind – together with clean nuclear energy.

To achieve net zero, it ultimately means creating the balance between the amount of greenhouse gas produced and the amount removed from the atmosphere. As a zero-emission dense energy source, it has been proven that no model exists that enables us to get to net zero without nuclear in the mix. A reality that scientists, environmentalists, industry leaders, and governments across the globe continue to reinforce. A reality that was recently reiterated at COP26, the global United Nations Climate Change Conference hosted in Glasgow.

Having just returned from COP26, I am greatly encouraged by our global propensity to tackle the climate crisis. The U.K, U.S., France, Sweden, Demark, Russia, Ghana and Brazil are among the 50 countries that spoke to their significant investments in clean nuclear energy to help drastically reduce emissions.

Much discussion focused on the opportunity that clean nuclear presents, including a group of 12 union chiefs from across Europe that reinforced to global leaders the urgency to leverage nuclear as a key practical and proven means to get to net zero, stating that “people are crying out for practical solutions that offer real hope in a green economy,” and that “every serious expert analysis confirms that we need nuclear to hit net zero.” A sentiment also echoed by Mark Carney in his role as the UN Special Envoy on Climate Action and Finance.

Now is the time for Canada to leverage its world-class leadership role in clean nuclear technology innovation to help fight climate change. For nuclear to work in partnership with renewables. We cannot afford to lose momentum and fall behind. We must leverage our unique global advantage, having the world’s largest natural reserve of high-quality uranium, a flawless safety track record, and leading regulatory and standards oversight.

It’s time to get real. And it’s time to fight climate change based on science. We know there are still some lingering misconceptions and misinformation floating around. In fact, research shows that Canadians’ main source of nuclear knowledge is from science-fiction books or movies. Data shows that the more that people understand and are equipped with the facts, the more supportive they are of leveraging nuclear energy.

Here are some evidence-backed facts that support using clean nuclear to get to net-zero:

Nuclear energy is a clean, energy-dense, carbon-free, reliable energy available around the clock. Nuclear power produces less CO2 emissions over its lifecycle than any other electricity source, according to a recent report by United Nations Economic Commission for Europe (UNECE). The commission found that nuclear power has the lowest carbon footprint measured in grams of CO2 per kilowatt-hour (kWh), compared to any other electricity sources – including wind and solar. Nuclear is one of the largest producers of clean electricity around the world – and the second largest source of clean electricity in Canada, at 15 per cent. It is also the most land-efficient means of producing clean energy and serves as one of the most affordable electricity sources worldwide. But we have only scratched the surface of its full potential.

Small modular reactors (SMRs) are uniquely positioned to provide clean energy. SMRs have a much smaller land footprint than more traditional reactors and are often factory-constructed and modular, so are easily transported to remote or challenging locations – both for remote communities and for industrial use. They are uniquely positioned to provide high density clean electricity, decarbonize our extraction industries, provide heat and power to First Nations communities, and work in tandem with renewables. For example, the heat requirements of Iqaluit in the winter cannot practically be met with renewables alone.

Nuclear energy is safe. Canada’s nuclear industry is built on a long history of innovation with safety and environmental protection at its core. Beyond its global leadership in leveraging nuclear to generate clean electricity, Canada is a world leader in managing by-products and is proud to have maintained an impeccable safety record spanning nearly seven decades.

Canadian nuclear energy technology today has no connection to weapons programs or proliferation. That’s a fact. There is no practical way to use Canadian reactor technology to produce nuclear weapons. Canada has only used its reactor technology for peaceful purposes such as electricity generation and for medical diagnosis and treatment of many serious diseases including cancer. Any suggestion to the contrary is simply fearmongering.

Nuclear is the only energy industry that accounts for all its by-products. Fossil-fuel emissions go into the atmosphere, and other industrial and household waste—including solar panels and wind blades—may end up in landfill, but all nuclear materials and by-products are safely stored, managed, and monitored within a rigorously regulated environment.

Nuclear creates minimal by-products. Nuclear has the unique benefit of being a very high-density energy; very little is required to produce immense amounts of energy compared to other sources. As a result, only a small level of by-products is produced. If all electricity you used throughout your lifetime came from nuclear energy, the spent fuel would fit into a single soda can.

Radioactivity is natural and is all around us. Many people do not realize that there is naturally always occurring radiation present in the environment—called ‘background radiation’. This includes naturally occurring radioactive minerals in the ground, soil, and water. To put things into perspective—a chunk of uranium creates the same radiation as a bunch of bananas. Additionally, over the decades of nuclear energy usage and research, we have honed-in the technology to produce much less radiation, and there is the potential to recycle spent fuel.

Rigorous industry oversight, including for spent fuel and recycling processes. The nuclear industry has always been subject to—and open to—rigorous independent review, scrutiny, and regulation. This includes all nuclear facilities being regulated at both the Canadian level by the CNSC (Canadian Nuclear Safety Commission) and the international level by the IAEA (International Atomic Energy Agency).

Leveraging sites for deep geological repositories is a collaborative process. For spent fuel, deep geological repositories (DGRs) are a scientifically sound solution, considered best practice all around the world.  There is an extensive and extremely rigorous process behind evaluating the suitability of potential sites, with comprehensive long-term scientific assessments to ensure any potential site poses no concerns to local communities or the environment. It’s important to also understand that in Canada, the process to identify sites and build DGRs is built around a collaborative approach with local support, including local municipal and Indigenous communities. Identifying or building a site is never imposed on a community.

Decarbonization experts around the world have concluded that if we have any chance of reaching emission reduction goals in time, we must have nuclear in the mix. There just isn’t any other viable path. Canada is uniquely positioned to lead the world in leveraging clean nuclear to drive significant environmental benefit, to ensure that all Canadians – including remote and Indigenous communities – have equal access to reliable clean energy, and to drive economic and employment opportunities as part of the green economy. Making informed decisions based on facts and science has never been more critical.

This op-ed appeared as an advertorial on page 3 of today’s Hill Times.