OTTAWA (October 19, 2012) – The Canadian Nuclear Association (CNA) is pleased to announce the launch of the 2012 economic study entitled Nuclear Technology: A Canadian Strategy for Energy, Jobs and Innovation. New investments in the Canadian nuclear industry will drive an estimated 40 per cent growth in employment over the next five years. That’s about 12,000 direct new jobs and a similar number of spin-offs, totalling 24,000 jobs, by 2017.

The launch of the Study is timed to coincide with National Science and Technology Week (NSTW) in Canada, which runs October 12-21, and is meant to raise awareness about the importance of science and technology in today’s world and celebrates Canada’s historic and ongoing role as a leader in innovation.

“With this study, we can see the tangible benefits that investing in Canadian nuclear innovation brings to Canadians and the Canadian economy,” said Denise Carpenter, CNA President and CEO. “For example, current mining and plant operations, including refurbishment projects, bring $7.9 billion annually to the Canadian economy and the construction of a new two-reactor plant at the Darlington Generating Station in Ontario is projected to bring this total to $12.7 billion for five years.”

The Canadian nuclear industry directly and indirectly employs 60,000 Canadians. 30,000 Canadians are employed directly by the industry – primarily in uranium mining and power generation operations – plus an additional 30,000 spin-off jobs in communities or in other industries that are generated indirectly by the increase in population brought on by a particular project.

New investments in the nuclear industry will drive an estimated 40 per cent growth in Canadian employment over the next five years. These plans include:

Building a new two-reactor power plant at Darlington will directly employ more than 10,000 people, and will support employment for over 10,000 others in Canada, for approximately a five-year period.

The study research was carried out from April to September 2012 with cooperation and support from CNA member companies. CME applied its best methods with consistently conservative assumptions throughout the study. 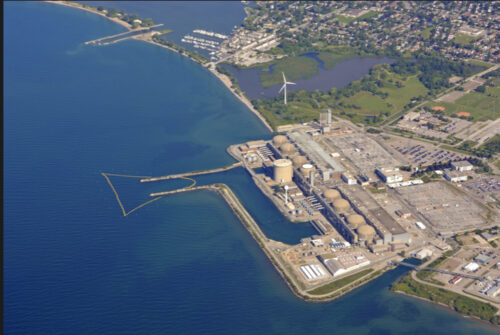