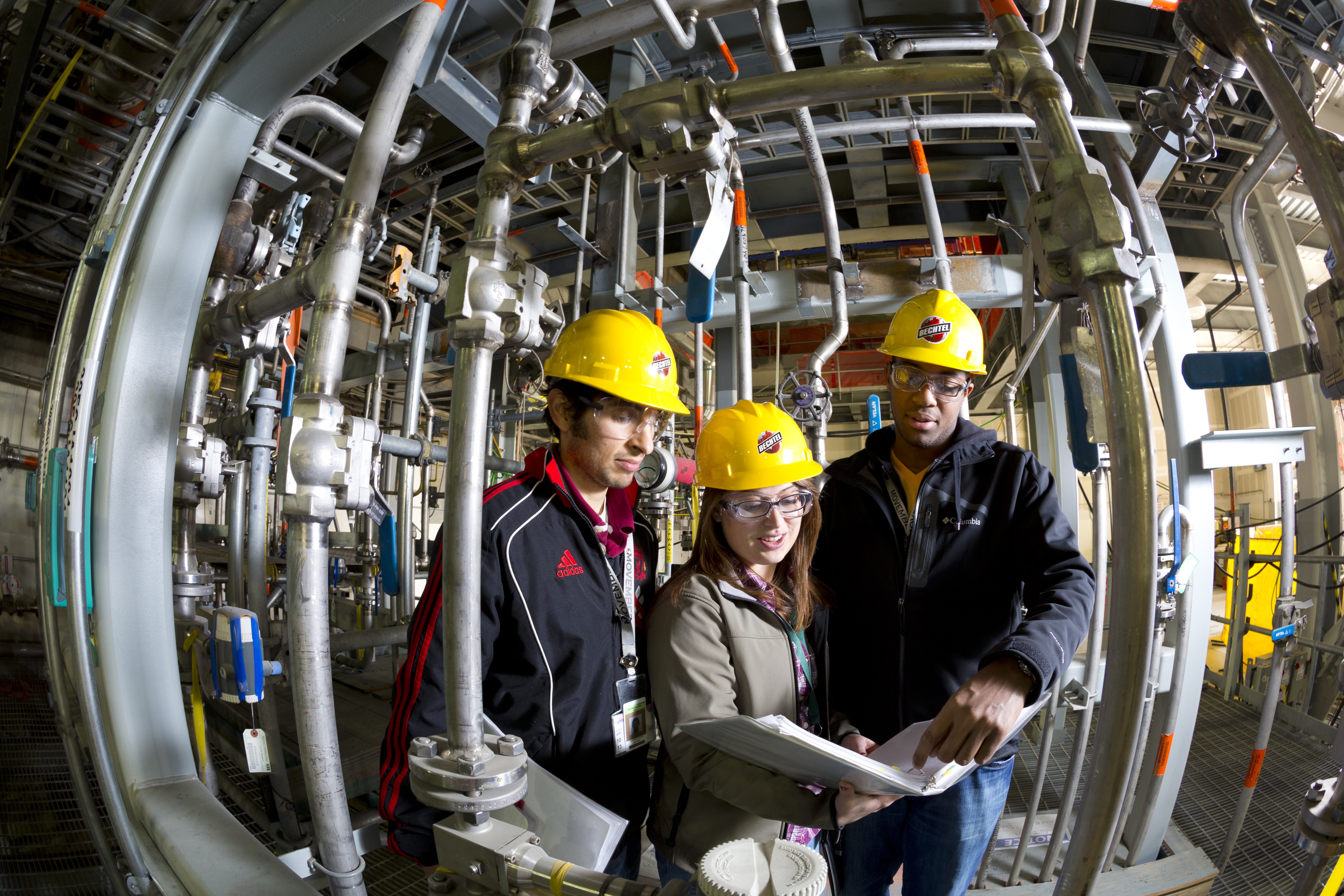 The Canadian nuclear industry is one of the most closely monitored industries in the world. Major nuclear facilities are the most protected critical infrastructure in Canada.

The Canadian nuclear industry is one of the most closely monitored industries in the world. Major nuclear facilities are the most protected critical infrastructure in Canada. Not once has a nuclear incident caused a death in Canada. Very few other industries have such a strong health and safety record, particularly those that emit dangerous pollutants into the air that cause respiratory and cardiovascular illnesses.Canada’s nuclear safety record is unmatched by any other industry in the world.

Canada’s nuclear reactors are safe for workers, the public and the environment.  Safety is not only built into the design of CANDU reactors but the whole nuclear fuel cycle and Canada’s robust regulations for nuclear power.

The safety approach used at CANDU nuclear power plants — which includes all four Canadian nuclear generating stations — limits the probability of an accident occurring and, in the unlikely event it does, the potential effects. This approach is called “defence in depth,” and it has several components.

Control-room operators at each power station are carefully screened and spend about eight years in training. They must be authorized by the Canadian Nuclear Safety Commission (CNSC), which sets the examinations and reviews the qualifications of the applicants.

From the beginning, Canadian scientists and engineers designed reactors to protect the public, the environment and workers from unforeseen circumstances. International collaboration with other nuclear engineers, scientists and regulators ensures that best practices are shared, so everyone can feel secure knowing that nuclear power is safe. International experts discuss and review everything from the passive safety features that make reactors automatically take care of problems to the structure of the containment buildings that house the nuclear reactors. Best practices are employed from different countries around the world. Canada contributes to the safe operation of nuclear reactors in all of the countries that have nuclear power plants, and Canada learns from those countries as well.

Canada’s nuclear industry is a leader in uncompromising security.

All security plans for Canadian nuclear facilities are reviewed and approved by the federal government’s nuclear watchdog the CNSC.

After the events of Sept. 11, 2001, Canada participated in the international review of site security. International bodies, including the CNSC, renewed their focus on the security of nuclear power. The CNSC also increased requirements for security at major Canadian nuclear facilities, following recommendations by the International Atomic Energy Agency.

Canada’s nuclear industry responded with a substantial hardening of all levels of defence — including armed response teams and armoured vehicles guarding plants at all times.

Canada’s peaceful use of nuclear power and technology extends to its international relations. Canada abides by international agreements to ensure nuclear materials do not contribute to expanding weapons programs. The Canadian nuclear industry respects both the spirit and the letter of these agreements, recognizing the responsibility of working with Canada’s considerable nuclear resources.

Cyber threats are increasing in severity and frequency and impact most industries. The nuclear industry has developed strong security safeguards in collaboration with numerous international organizations to ensure the safe and reliable operations of its power facilities and resistance to cyber threats.

Working with the federal nuclear regulator, the CNSC, industry partners maintain and regularly update emergency preparedness measures to reflect industry best practices around the world to protect human health and safety, the environment, and the integrity of Canada’s power supply.

The remaining 97 per cent is made up of other materials, like cleaning equipment (such as mops), protective clothing, and operational equipment such as water filters. Facilities that handle or…