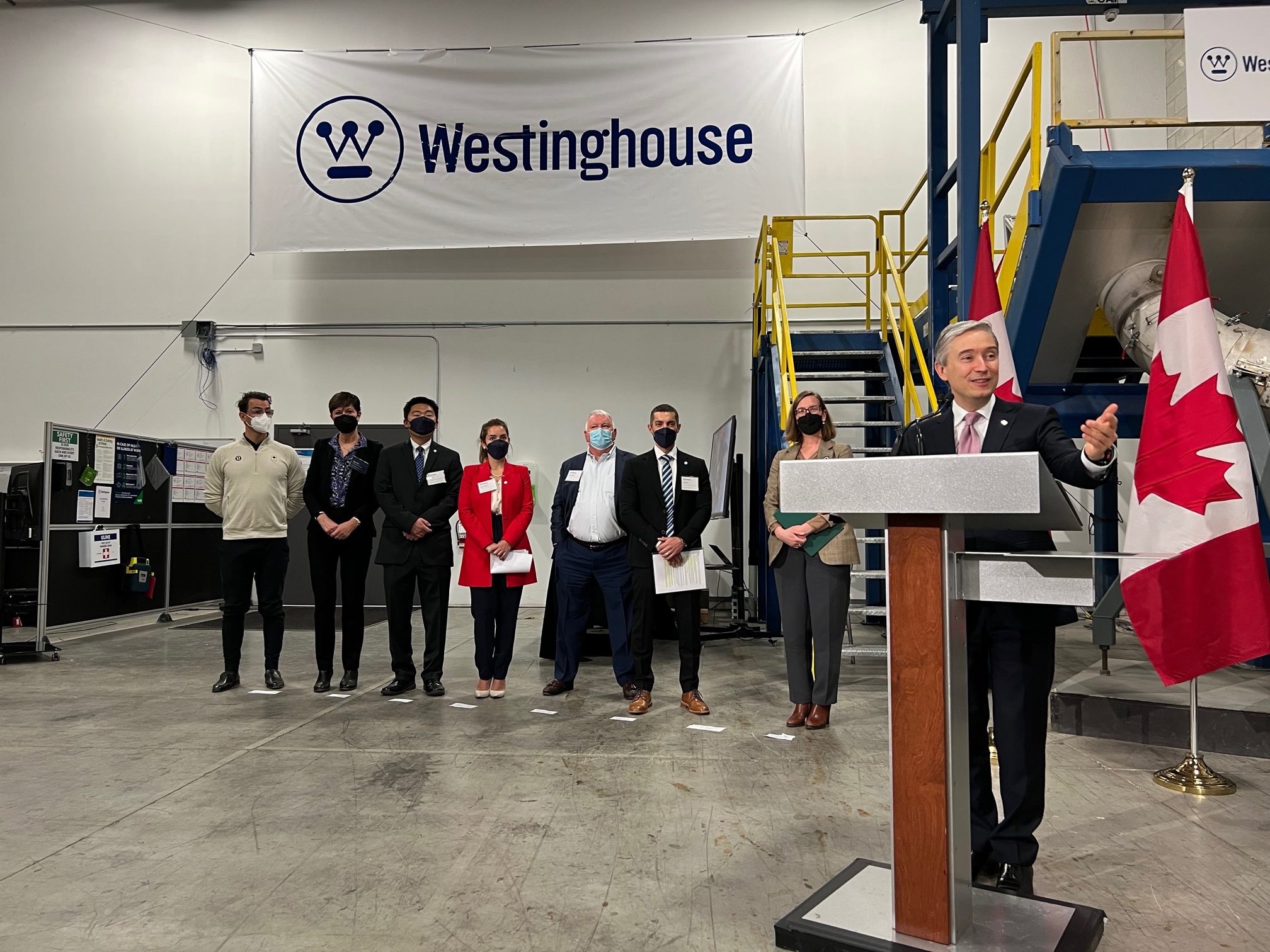 Honourable François-Philippe Champagne, Minister of Innovation, Science and Industry, announced an investment of $27.2 million from the Government of Canada’s Strategic Innovation Fund (SIF) for Westinghouse to develop and deploy their eVinci microreactor.

At a time when Canada’s nuclear industry has been excluded from the recently announced Green Bond Framework, the Minister had some encouraging words for the industry. From calling Canada a world leader in nuclear technology, to talking about Canada leading an industrial green revolution with the help of nuclear, the Minister made it clear that nuclear power has great potential across the country.

The funding for the eVinci project comes through the Strategic Innovation Fund’s Net Zero Accelerator initiative. This initiative was developed to help Canada achieve a net-zero economy by 2050.

Talking about solutions to climate change, as one of the biggest threats facing humanity, Minister Champagne emphasised the role of science and nuclear energy, saying “If we look to achieve net zero emissions by 2050, which is a goal that we have set for ourselves, we’ll see that SMRs play an important role as we transition to a greener future.”

The eVinci microreactor is a heatpipe reactor able to deliver combined heat and power (5 MWe and up to 13MWt). Fully factory built, fuelled, and assembled, Westinghouse says the transportable reactor can bring clean energy to off-grid sites, remote communities and islands, decentralized generation, industrial sites, mining operations, data centres, universities, marine propulsion, hydrogen generation, and water purification. It can be used as a primary energy source, or in tandem with other sources such as renewables.