Submission by the Canadian Nuclear Association
to the House of Commons Standing Committee on Fisheries and Oceans
May 10, 2018

The Canadian Nuclear Association (CNA) appreciates the opportunity to make a submission to the House of Commons Standing Committee on Fisheries and Oceans.

The CNA has approximately 100 members representing over 60,000 Canadians employed directly, or indirectly, in uranium mining and exploration, fuel processing, electricity generation, and the production and advancement of nuclear medicine. Many of our members carry out projects and activities in and near fish habitat and as such have considerable experience and interest in the proposed legislation.

Today, nuclear energy produces approximately 20% of Canada’s non-emitting electricity, including 63% of Ontario’s and approximately 30% of New Brunswick’s power. We applaud the Ontario government’s province-wide coal generation phase out, which was enabled through the refurbishment of 6 reactors and supported by the Canadian nuclear industry.

Looking to the future, nuclear energy will play an increasingly important role in Canada’s overall clean energy portfolio. If Canada, and indeed the world, is serious about achieving the Paris Accord climate targets, then the route is through greater electrification using clean energy technologies. Nuclear and hydro are the only two large baseload sources of non-emitting generation that can enable us to achieve that goal.

The CNA is pleased to see the increased support for nuclear energy from Natural Resources Canada (NRCAN) and would encourage this Committee to support the initiatives of NRCAN.

Canada’s nuclear industry is the originator of nuclear medicine and is a global leader in this vital health sector. Canada is the world’s top supplier of Cobalt-60, a key asset for the sterilization of medical equipment and in the diagnosis and treatment of various diseases.

Canada’s nuclear industry also works closely with Indigenous peoples and communities to enable proactive engagement and create mutually beneficial opportunities. For example, Cameco has demonstrated the power of partnerships in improving the economic and social well-being for communities and the benefits of working together to bring about real change. Cameco has engaged with Indigenous communities in northern Saskatchewan for decades on environmental stewardship, community investment, employment, education and training and contracting opportunities. Many of our member organizations can share similar success stories on collaborating with Indigenous communities.

With respect to Bill C-68, the CNA would highlight that the concept of ‘cumulative impact’ is not only a key issue with respect to the environment, but also with respect to sustained investment in Canadian energy projects. Large resource projects, whether a nuclear plant, a mine or a pipeline, require large amounts of capital. Capital is fluid and investors do not like uncertainty.

Right now, investment in Canada is facing significant challenges – including uncertainty caused by a suite of changes to federal and provincial regulatory policies, trade restrictions, corporate and individual tax rates and, in fairness, such things as commodity prices that are out of Canada’s control.

The CNA believes it is important to keep in mind the impact on investment when considering all legislation and policies. Our review of Bill C-68’s proposed amendments to the Fisheries Act (the Act) has flagged several areas where the proposed legislation has the potential of creating greater uncertainty for CNA members, thus further weakening Canada’s investment climate.

With this in mind, the CNA would like to offer the following comments and amendments for consideration on Bill C-68.

Purpose of the Act

With the stated definition of fish habitat in subsection 1(5), and reference to the conservation and protection of fish in section 2.1(b), and the prohibitions listed at section 34.4 and 35, CNA acknowledges the Government’s stated desire to conserve and protect fish and fish habitat.   For consistency of application these sections should align with the higher-order purpose stated in clause 2.1 (a), which is “the proper management and control of fisheries”.   As currently written, the purpose statement establishes two distinct clauses, which may be interpreted as contradictory.  One objective is to manage fisheries as a resource, while the other may be interpreted to be to conserve and protect individual fish.

Recommendation: Section 2.1 be amended to re-state the purpose of the act as being: to provide a framework for the proper management and control of fisheries through the conservation and protection of fish and fish habitat, including by preventing pollution.”

One of the CNA’s major concerns is the need for clear guidance and the Department of Fisheries and Oceans (DFO) interpretation of the key elements of the Act which is lacking for the current legislation.

There were significant challenges with the implementation and transition to the 2012 amendments, primarily due to the magnitude of changes to the Act and the lack of timely and adequate regulations, policy, guidance and training. These limitations and the uncertainty in technical requirements and the inadequate consultation process around those regulations increased the application time to multiple years, in some cases.

The CNA believes that with improved guidance and greater training for both proponents and regulators, a more consistent and clear process can be developed. This should result in a more efficient and effective way to protect fisheries while enabling critical and environmentally responsible projects to move ahead.

In many regions, multiple projects or undertakings take place on the same landscape. Many of these projects are completed by various governments and sectors and may collectively contribute to impacts to fish and fish habitat.

Project proponents should not be held accountable for the cumulative impacts of non-regulated activities as contemplated in subsection 34.1 (1). As drafted, a project proponent could be required to avoid, mitigate or create offsets for fish habitat to compensate for harm to fish habitat caused by other industries and activities. In our view, all industries should bear responsibility for their contributions to cumulative effects.

Recommendation: Subsection 34.1(1) (d) be amended to read as follows:

The cumulative effects of carrying on the work, undertaking, or activity referred to in a recommendation or an exercise of power in combination with other works, undertakings or activities within the scope of s.35(2) subject to the Act that have been or are being carried on, on fish and fish habitat.

Prohibition on death of fish

The proposed legislation prohibits any work, undertaking or activity other than fishing that results in the death of fish without authorization.

The CNA has concerns with the potential interpretation and application of this prohibition. The interpretation of “fish” is critical. The proposal focuses on individual fish as opposed to a fisheries population-based approach. The amendments suggest that any incidental death of fish (potentially a single fish) would require an Authorization, or otherwise could be construed as an offence under the Act and trigger the duty to notify as identified in the proposed amendments to section 38(4).

If this is the government’s intent, then it must develop an improved and more timely process for the issuing of Letters of Advice and authorizations. CNA members have experienced numerous delays in obtaining authorizations for existing operations let alone new projects. DFO is also likely to be burdened with a multitude of small projects which would tap existing resources and increase the likelihood of regulatory delays.

At a minimum the death of fish should exclude incidental mortality for all forms of projects receiving DFO approvals and from implementing standard mitigation measures (e.g. fish salvage). The government could further address this concern a clearly drafted regulation, standard or code of practice allowing for a prescribed level of fish mortality that supports population-based protection of fish.

Recommendation: Government clarify wording in the Act, or establish a Regulation that prescribes reasonable mortality thresholds and focuses on the protection of fish at a population of ecosystem level.

The proposed Act reintroduces the prohibition of any work, undertaking or activity that results in the harmful alteration, disruption or destruction (HADD) of fish habitat.

The definition of “fish habitat” has been modified to mean “water frequented by fish” while retaining the “directly or indirectly” terminology.  This has the potential to include  “waters” not designed to support fish (e.g. tailings ponds or drainage ditches) or waters not intended to be fish habitat, or where no fish are present at any time of the year (drainages upstream of a natural barrier with no fish above the barrier). The definition of “fish habitat” should be revised to exclude such structures. Fish salvage and relocation from said waters, and the addition of barriers to prevent future access into these structures should be exempted from the relevant sections of the Act

CNA would support the government’s use of standards or codes of practice to clearly define the application of HADD in relation to the various phases of a projects lifecycle.

Recommendation: Revise the definition of “fish habitat” to exclude “indirectly and anthropogenic” structures “frequented by fish” that were never designed or intended to provide fish habitat, whether or not they currently contain fish.

The CNA supports the inclusion of proponent-led fish habitat banking and believe that the proposed legislation will contribute to improved fisheries management. However, the success of habitat banking and conservation projects will depend upon clear guidance and consistent interpretation of residual impacts and benefits. We propose that the terms “offsets” and offset plan are retained, as this terminology is distinct from “conservation projects” which is used extensively outside of the Act. If DFO clarifies for proponents how offsets are planned, benefits are defined, and credits are calculated and implements such programs in advance of authorized activities, then habitat banks and offsets will increase and will accelerate gains in fish habitat and production.

Another area of concern is the lack of recognition for offset programs that existing facilities have voluntarily funded and supported for years. This will likely lead to the diversion of resources from these established programs to projects that are eligible for offsets without regard to project effectiveness or value. While this is understandable for a new project, it is inconsistent with the purpose of the Act to disrupt existing projects and to discourage initiatives that support the purpose of the Act.

Recommendation: Retain the term offsetting in favour of conservation project. Clarify the eligibility, calculation of benefits, and habitat bank transactions. Allow the use of creditable third-party offsets. Give credit for existing voluntarily undertaken offset projects.

The CNA believes that an opportunity for greater alignment between the Act and the proposed Impact Assessment Act (IAA) exists.  Specifically, Section 2.5 and subsection 34.1(1) of the Act which list the factors that the Minister may consider when making a decision and the factors that the Minister must consider before making a recommendation to the Governor in Council. CNA believes that these provisions should align with the proposed IAA, specifically where the public interest is considered by the minister to in his or her decisions and recommendations.

For example, where a project designated under the Act has already undergone an impact assessment and obtained a decision statement authorizing the project, the IA decision, including its terms and conditions, should inform and streamline the permitting and/or authorization process under the Act.

Recommendation: Add to the list under section 2.5 and section 34.1 (1) a decision statement issued under the IA articulating the expected economic impacts of the project including the relevance to public interest.  These in turn should influence factors under Section 2.5 and subsection 34.1(1) of this Act.

CNA members are subject to cost recovery under the Nuclear Safety Control Act. Based on previous experience, CNA is concerned about the cumulative impact of cost recovery from all regulators, including new costs within the federal family.

In addition, there is no oversight or overarching integration for the aggregate increase in costs in the Act and in the suite of other federal legislative changes.

Recommendation: The Committee recommend that the government develop a mechanism to harmonize cost recovery provisions throughout the federal family to ensure project proponent fees are managed responsibly. 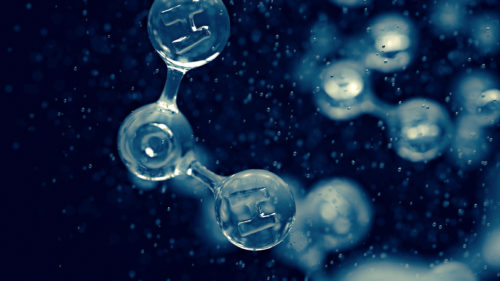 Comments on the Proposed Regulatory Approach for the Clean Fuel Standard