OTTAWA (5 octobre 2012) – Hydro-Québec has confirmed the Gentilly-2 nuclear power plant which has been operating safely and reliably since 1983, will stop producing electricity on December 28, 2012. This follows the September 20 announcement by the Government of Québec on its decision to shut down Gentilly-2 rather than proceeding with a refurbishment.

The increase in project costs, combined with falling market prices prompted Hydro-Québec to recommend to the Québec government that the generating station be closed. In light of the feedback it has obtained on the complete refurbishment cycle, the company has reassessed the cost of the project to $4.3 billion.

“Hydro-Québec made a decision based on their plant and their economics, for a plant that supplies three per cent of their demand,” continued Carpenter. “However, new project costs are subject to interpretation considering other refurbishment projects in Ontario, where nuclear supplies almost 60 per cent of demand, have lower estimated costs.”

Candu Energy Inc. President and General Manager, Kevin Wallace, has stated Candu Energy Inc. believes the government’s decision to close the Gentilly-2 nuclear facility was made before all options were considered. Candu also hopes that the government will reconsider its decision and engage in further dialogue on a possible lease agreement with a partner to refurbish, operate and potentially decommission the plant.

Despite this announcement, Canada’s nuclear industry is strong and moving forward. In Ontario, nuclear is an integral part of the electricity supply and is expected to continue to account for 50 per cent of the province’s energy supply as indicated in the Government’s Long-Term Energy Plan. For example, a decision to issue a licence to prepare for the new units at the Darlington station was announced in August 2012, and one of the most complex engineering challenges in Ontario’s history of infrastructure is coming to a successful conclusion as workers at Bruce Power prepare to return Units 1 and 2 to commercial service.

The Canadian nuclear industry provides a broad spectrum of products and services that benefit Canadians, generating approximately $6.6 billion per year and contributing $1.5 billion in tax revenue and $1.2 billion in export revenues, and supports over 71,000 direct and indirect jobs. 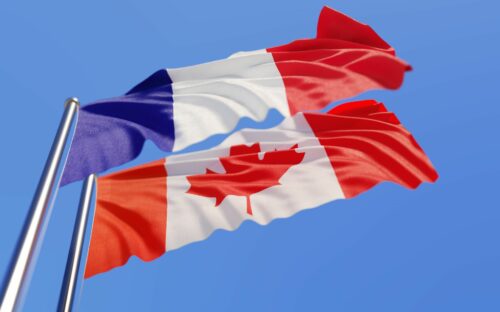