The nuclear industry in Canada is undergoing a major resurgence, driven by the need to refurbish existing nuclear reactors and to replace older reactors with newer, more advanced ones.

In 2015, the Ontario government approved ten refurbishment projects. The work began in 2016 and is expected to continue for the next ten years. It will create over 25,000 jobs in the province, and generate approximately $12.7 billion in earnings for skilled workers. 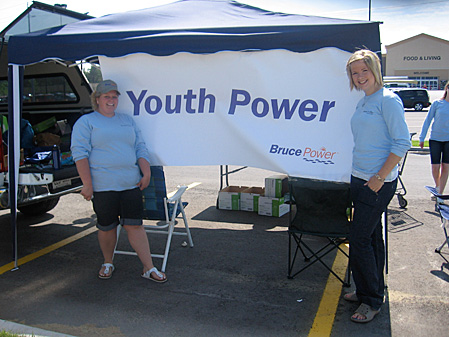 Efforts are underway to attract the next generation of nuclear workers. Source: Bruce Power.

The Ontario government may also decide to invest in new nuclear power plants. According to Ontario’s Long Term Energy Plan, the province will continue to rely heavily on nuclear power as a source of electricity for many years to come. The provinces of New Brunswick, Quebec, Alberta and Saskatchewan are also considering investment in new nuclear power, which would create and sustain thousands of new jobs.

To meet the new demand, the nuclear industry will need to add more talented and dedicated employees – but this resurgence is also taking place when many workers in the industry are reaching retirement age. About half of these employees are expected to retire within the next 10 years. Attrition could create a serious knowledge gap, unless the industry attracts and hires the next generation in the near future.

And the nuclear industry has much to offer, with a variety of challenging and creative jobs, excellent salaries and benefits, and lifelong learning opportunities.