NB Power and the New Brunswick government are looking at the potential for a second reactor at Point Lepreau as part of a bid to create a manufacturing industry in the province for mini reactors.

If the plan is successful, the small modular reactors, also known as SMRs, would be exported around the world while creating “thousands of jobs” in New Brunswick, proponents say. 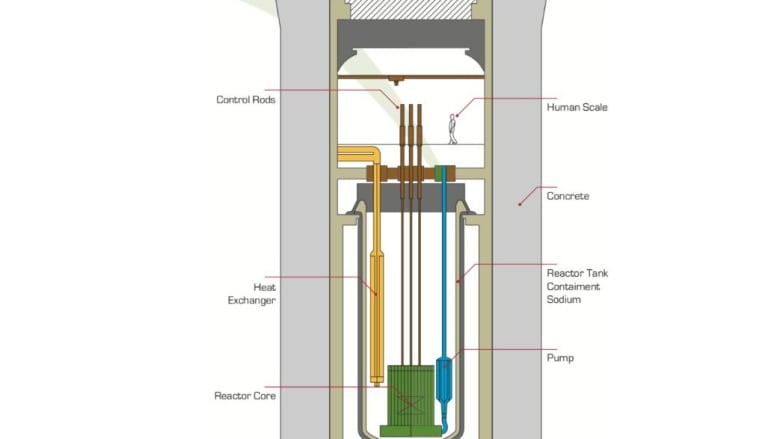 The ARC 100 reactor being developed by ARC Nuclear Canada. The company hopes to build its first reactor at Point Lepreau. (ARC Nuclear)

They say SMRs can be manufactured in a controlled, factory-type setting and shipped to power sites for installation at a lower per-unit cost than traditional nuclear plants, but the technology and economic models for it are not well-established.

“It has not been decided yet whether we’re building another reactor here at Point Lepreau,” said Brett Plummer, NB Power’s vice-president for nuclear operations. “That decision has not been made.

“There is the potential that a decision could be made.”

Plummer is touring the province speaking to small groups about what he calls the “tremendous opportunity” offered by the modular reactors.

He and his staff helped select two SMR development companies, ARC Nuclear and Moltex Energy, who were then invited by the province to set up shop in Saint John.

The competitors have opened offices a couple of blocks from each other in the city’s uptown. 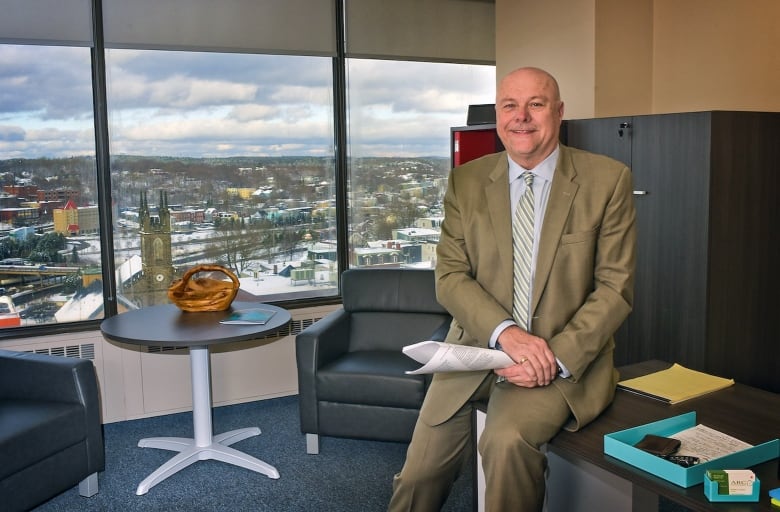 Norman Sawyer, president of ARC Nuclear Canada. The company has set up an office in Saint John’s Brunswick Square. (Submitted by ARC Nuclear)

Both companies talk freely of an international high-tech nuclear-manufacturing industry they would like to develop here in New Brunswick.

“Our vision is really not only building a power plant, it’s the manufacturing piece that’s the economic benefit for the province,” said Norm Sawyer, president of ARC Nuclear Canada.

“We’re talking about thousands of jobs here as we move forward.”

Each company has promised to invest $5 million in research and development on top of $10 million put into the pot by the provincial government toward creation of a “nuclear research cluster” around the development of SMR technology.

But the amount of capital that would eventually be required could easily climb to billions.

Some part of that cost would be for construction of an operational SMR reactor at Point Lepreau.

From his Brunswick Square office, Sawyer said early estimates for his company’s 100-megawatt, liquid sodium-cooled power plant range between $1 billion and $1.5 billion, with the cost for subsequent reactors falling as more are manufactured for export.

Much smaller than CANDU reactor

The proposed unit is designed to operate for 20 years before it needs to be refuelled.

Sawyer said it is safe, a small fraction of the size of a CANDU reactor, and would not require a pressure dome to be constructed around it.

He said the company is basing its model on a proven reactor built decades ago at the Argonne National Laboratory in Idaho.

Moltex Energy Canada’s proposed 150-megawatt reactor would use molten salt fuel, which the company claims is stable and non-airborne, meaning it would remain on site in the event of an accident. 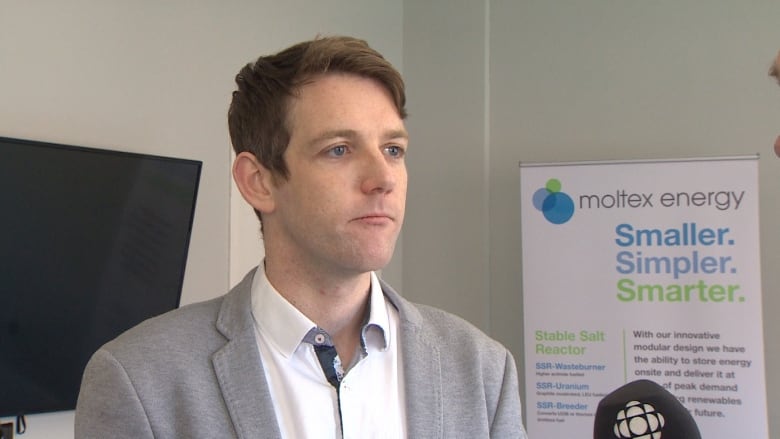 In his third-floor office on Prince William Street, Moltex chief executive Rory O’Sullivan said the plant would use two of the modular reactors at Point Lepreau while consuming spent nuclear fuel, much of which would remain stored at the site.

“There’s a lot of good energy there, clean energy,” said O’Sullivan, who claims a plant the size of a large shipping container would be able to process the spent fuel pellets to create a new liquid fuel to power the Moltex reactor.

“Our plan is to develop and demonstrate that low cost, clean electricity first in New Brunswick, and then you’ll be able to sell that around the world.”

But big hurdles remain. Neither company has built a reactor before and many more millions in research and development funding would be required, not to mention licensing and public hearings before either project could move forward.

Edwin Lyman predicts neither company will get a reactor built in New Brunswick any time soon.

Lyman, the acting director of the nuclear safety project with the Union of Concerned Scientists, said the economics simply won’t work.

The world’s nuclear infrastructure is built around light-water reactors, while the proposed SMR’s are experimenting with a variety of other coolant methods, he said.

“The problem is that there is not sufficient private capital around to finance the development of even a single new non-light-water reactor, much less many different types,” said Lyman, who is based in Washington.

“When you shrink the size of a nuclear reactor, you increase the unit cost of electricity because of those economies of scale. And the tendency has been for reactors to get bigger over the decades to actually reduce the cost of electricity they generate.”

Decision a long way off

Lyman is also skeptical of claims the spent nuclear fuel can easily be reprocessed for use in an SMR reactor.

Any final decision on installation of a new Lepreau reactor is years down the road.

According to Plummer, the $20 million the province and companies currently have on the table is enough to cover only the vendor design-review process with the Canadian Nuclear Safety Commission.

Both ARC and Moltex have applied.

That review comes before the much more exhaustive applications to prepare the site and obtain licences to construct and operate.

Plummer said there have been only preliminary talks about how a first reactor at Lepreau could be paid for.

He suggested possibly a federal and private-sector partnership or a consortium of private companies but cautioned it is premature at this point to talk about the financing.