Nuclear Cheaper than Solar Now and in the Future 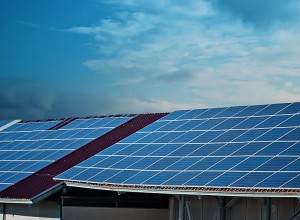 Nuclear power is clean. The UN sees it as one of the energy sources needed to fight climate change. This is something critics in green groups cannot deny.

But a new green trend is to focus criticism on the costs of nuclear power plants.

The Guardian recently reported on how Friends of the Earth in the UK have shifted in this direction.

“The biggest risk of nuclear power is that it takes far too long to build, it’s far too costly, and distorts the national grid by creating an old model of centralized power generation,” says Friends of the Earth’s campaigns director Craig Bennett.

But is this correct? Is nuclear more expensive than the renewables preferred by most green groups?

In a recent column for The Energy Collective website, Tracey Durning, co-founder of Energy Options Network, wrote about the current divide between the nuclear and renewable camps.

Durning said she found that the economics of nuclear was “one of the biggest wedges” between the two sides.

They found that while solar appears cheaper than nuclear, intermittency (the sun doesn’t shine 24 hours a day) means solar plants operate at 20 to 30 per cent of capacity. This is lower than the 90 per cent average for a nuclear plant.

They estimated a 1 GW nuclear plant could produce 7,889 gigawatt-hours of electricity annually. But you would need a 3.6 GW solar plant to produce the same amount of power.

“By that measure, nuclear is more than competitive,” Durning wrote.

“In 2014, one of the cheapest utility scale solar plants in the US had an expected installed price of $2,000 per kilowatt. But since US solar plants operate at only about 25 per cent capacity factor, the cost per capacity-adjusted kilowatt is $8,000.”

This doesn’t include the cost of providing backup energy for solar. Most jurisdictions use fossil fuel generation to provide this backup, thereby driving up greenhouse gas emissions.

She looked at the cost of the four US nuclear reactors under construction today in Georgia and South Carolina.

Their initial capital costs are $6,700 per kilowatt and $4,900 per kilowatt respectively for an average of $6,500 per capacity-adjusted kilowatt factoring 90 per cent operation capacity.  That’s 20 per cent less than solar.