How to get Millennials aboard the nuclear bandwagon - Canadian Nuclear Association

How to get Millennials aboard the nuclear bandwagon 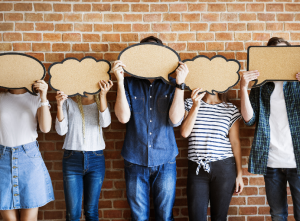 A recent poll by Abacus Data found Millennials are especially open to using nuclear to combat climate change once informed that it is a low-carbon energy source.

The poll found there is growing evidence that the millennial generation evaluates and supports innovative technologies more strongly when they are seen to bring real solutions to society’s challenges. First and foremost, among the solutions is whether it can significantly reduce GHG emissions and help decarbonize our energy supply.

To measure how familiar people are with the carbon impact of nuclear energy, Abacus asked whether certain energy sources had greater, equal or lesser impact than oil. The results revealed that only 38 per cent of Canadians were aware that nuclear is a lower carbon form of energy compared to oil.

When informed that nuclear power emissions are similar to solar, wind and hydro, and asked how they felt about the idea of using nuclear in situations where it could replace higher emitting fuels, a large majority (84 per cent) said they are supportive or open to this.

Those 18-to-29 were also more likely to say a shift from fossil fuels to low-carbon energy sources was extremely or very important – 69 per cent, compared with 58 per cent for the general population.

“These results make clear that for many people, the issue of climate change and the need to reduce carbon emissions, means being open to potential new roles for nuclear technology,” explained Abacus Chair Bruce Anderson. “To date, many people are unaware of the carbon-reducing contribution that nuclear can offer, and the data indicate that when informed about the facts, there is broad interest in exploring potential trials in a regulated context.”

The survey was conducted online for the Canadian Nuclear Association with 2,500 Canadians aged 18 and over from February 8 to 12, 2019. The margin of error for a comparable probability-based random sample of the same size is +/- 1.9%, 19 times out of 20.