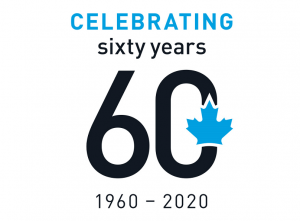 The year 2020 is special for the Canadian Nuclear Association (CNA).

It was 60 years ago in 1960 that members of the Canadian nuclear industry formed the CNA to promote the peaceful use of nuclear technology in Canada.

Since then, the nuclear industry has become a strategic asset for Canada at home and on the international stage.

The Canadian nuclear industry generates over $6 billion in revenue annually and provides over 60,000 direct and indirect jobs.

Among our notable achievements, the CANDU reactor is a Canadian technology conceived and built here and exported around the world. Today there are 30 CANDU reactors operating seven countries, including 19 here in Canada.

Over $25 billion will be spent in the coming years on the refurbishment of 10 reactors at the Bruce and Darlington nuclear generating stations.

These life extensions will make it possible for two reactors at Bruce to operate into the 2060s, when the CNA will celebrate its Centennial.

While the CNA was officially brought into existence on August 28th, we will be celebrating it all year.

The big celebration will be in February at our annual conference and trade show in Ottawa, but throughout the year we will be publishing stories in our newsletter looking at significant moments from the past 60 years.