Two initiatives in Canada are underway that could make storage of radioactive waste possible in deep geological repositories (DGRs). A DGR is an underground construction, somewhat like an underground mine, built several hundred metres deep, in a stable rock formation. Designs of DGRs draw on more than 30 years of research, development and demonstration of radioactive-waste disposal technologies in Canada, the United States, Switzerland, Sweden, France, the United Kingdom, and elsewhere. 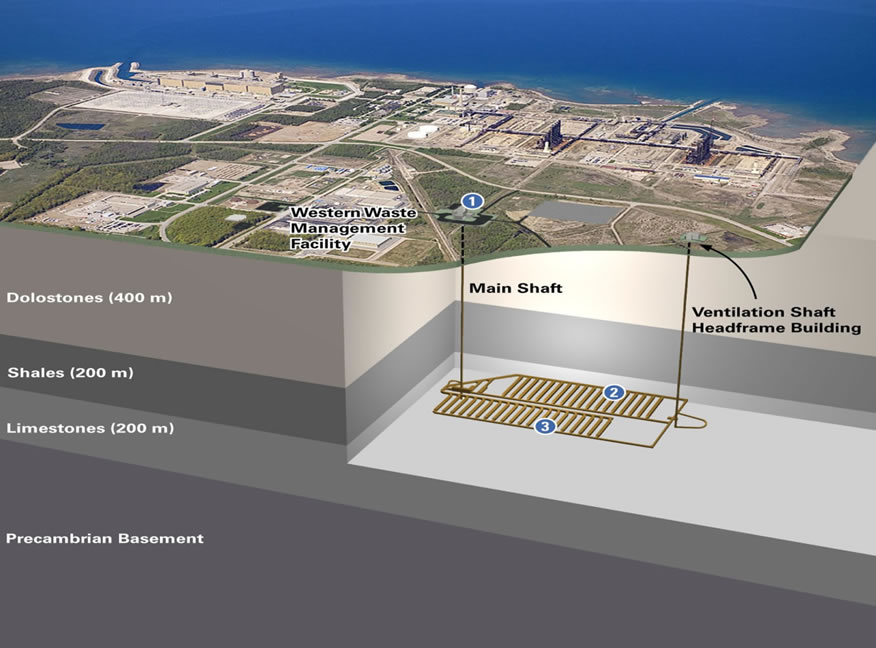 The other proposed DGR would be a facility to store all of the used nuclear fuel in Canada. The Nuclear Waste Management Organization (NWMO) has recommended the Adaptive Phased Management approach, which includes a DGR, to the federal government, who has accepted their recommendation. The NWMO has set out a nine-step site-selection process for choosing the location. The process is community-driven and, as of 2018, five northern Ontario communities have expressed interest in learning about the DGR and exploring their area’s potential to host it. Based on the latest assumptions, the site-selection process may be completed by 2023. The NWMO is currently working with communities on preliminary assessments.