The nuclear industry contributes to the Canadian economy by creating jobs and revenue, and by stabilizing the production of power – and contributing to our energy security.

The nuclear industry in Canada employs approximately 30,000 people, and creates another 30,000 jobs indirectly through contracting.

Careers in the nuclear industry offer women and men challenging work, competitive salaries and benefits, and opportunities for advancement. Because many of the jobs require highly developed skills and advanced education, the nuclear industry also offers a homegrown job market for skilled graduates and attracts international talent to Canada.

With refurbishment contracts, potential new builds, and an aging workforce, many new jobs will become available in the next 10 years. Efforts are already underway to attract and train the next generation of nuclear workers.

The Canadian nuclear industry has revenues of approximately $6.6 billion and contributes $1.5 billion in federal and provincial taxes. A large portion of this revenue flows from Canada’s uranium sector. Canada produces about 22% of the world’s uranium, and exports approximately 85% of what it produces.

Not only is the cost of electricity from nuclear energy one of the lowest compared to other sources, it is also one of the least volatile. Uranium fuel is abundant in Canada and has a history of stable pricing.

Businesses – especially energy-intensive ones, such as manufacturing – need stable pricing if they are to make long-term investments in local economies. Moreover, businesses that operate at low margins, such as retailers, are vulnerable to sudden price fluctuations. Such businesses either pass the price differences on to the consumer, which itself affects the economy, or go out of business, which affects the job market. 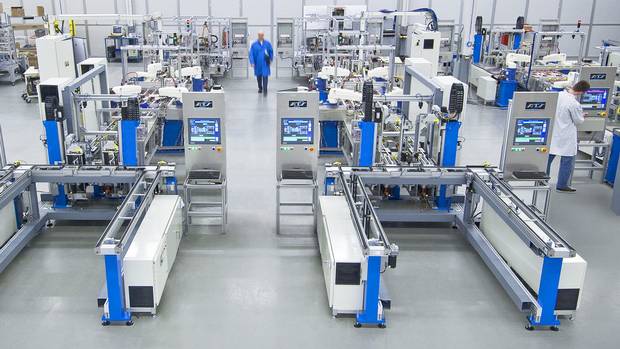 In contrast, electricity produced from fossil fuels is subject to significant price fluctuations. Fossil-fuel plants require huge quantities of coal, oil or gas, which often need to be transported over long distances. The more Canada relies on fossil fuels, the greater likelihood that electricity prices will become unstable.

Of the estimated 5.9 million tonnes of commercially viable uranium in ore reserves, worldwide, Canada has about 494,000 tonnes – or about 8%.

This abundance of fuel gives Canada considerable energy security in the face of worldwide fluctuations in prices of energy sources – as well as from embargoes, regional instabilities, and conflicts that can block transportation of fuel sources, or shut production down.