Canada is positioning itself up to be a leader in a new age of nuclear power by exploring the use of small modular reactors (SMR).

“It’s the next wave of innovation. It’s the future of the Canadian nuclear sector,” according to Diane Cameron, director of the Nuclear Energy Division at Natural Resources Canada. 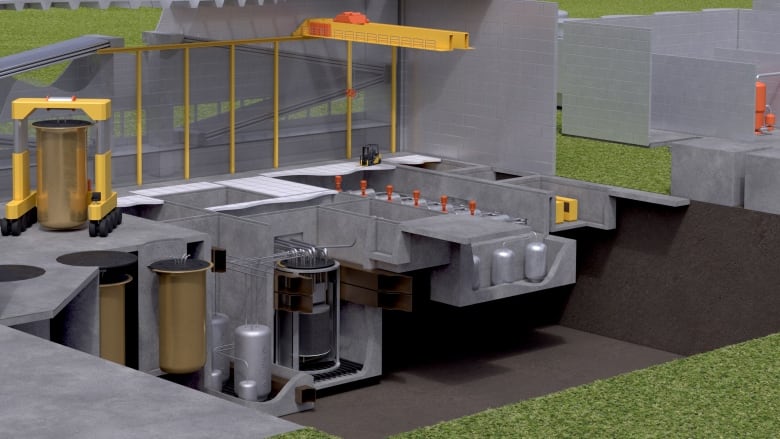 The federal government has been interested in SMR technology for a few years, says Cameron, but recently it spent months doing cross-country consultations with power utilities, communities and others, and published a roadmap of a potential development plan.

“We wanted to get out ahead of this technology breakthrough and do our homework,” she said.

Private companies designing SMRs say these small reactors that generate under 300 megawatts of electricity would be cheaper and smaller than conventional nuclear power plants, manufactured in factories and portable, so that they could be shipped to remote communities or job sites, such as the Alberta oilsands or mines, that are off the grid and otherwise rely on diesel.

“We need to start mitigating those emissions from diesel, from coal, and this could be part of that solution,” said Cameron.

Canada has long been a leader in nuclear power. It currently makes up 15 per cent of the country’s energy mix, and billions of dollars are being spent in Ontario to refurbish aging nuclear plants. Terrestrial Energy’s SMR would be about one-fifth of the size of a conventional nuclear power plant and cost about $1 billion US, though the company expects that cost to go down over time. (Terrestrial Energy)

But elsewhere, some large-scale and expensive conventional nuclear plants are aging out of commission.

According to the International Energy Agency (IEA), the share of nuclear power in the global energy mix has fallen from a peak of about 18 per cent in the mid-1990s to 10 per cent in 2018, and it says that decline is slowing the world’s transition to a more low-carbon energy mix.

Renewable energy, such as wind and solar, has increased over the same time, but only enough to make up for the loss of nuclear, which also produces zero emissions — rather than replacing carbon-emitting sources like oil and natural gas. As a result, the IEA says that over the past 20 years, the share of low carbon electricity has remained flat — at 36 per cent.

“If we don’t bring all the clean electricity technologies we have innovated, there is no chance whatsoever to reach our climate targets,” said Birol.

Concerns over accidents and waste

But the industry’s enthusiasm over the prospect of more nuclear power production in Canada isn’t shared by everyone. 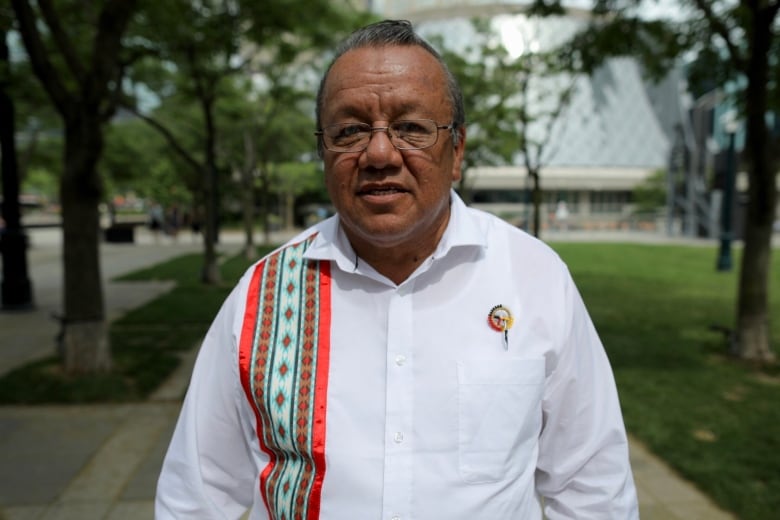 Nuclear power still doesn’t sit well with some people due to concerns of radioactive waste and nuclear disasters, often rooted in past accidents like those at Three Mile Island, Chornobyl and Fukushima.

A group of First Nation chiefs from Ontario and Quebec recently met in Toronto to discuss their concerns about any further nuclear development on their lands.

“Here in Ontario, we’re saying no to small nuclear,” Hare said. “No means no.”

From anti-nuclear to nuclear advocate

But some environmentalists, who were previously against nuclear power, have shown that it’s possible to change sides.

Environmentalist Michael Shellenberger gave a TED Talk that’s been viewed nearly 1.5 million times on how the fear of nuclear is hurting the planet.

He argues that renewable energy sources aren’t widespread or consistent enough to take over energy production from fossil fuel sources (it’s not always windy; the sun only shines during the day), and tries to debunk fears about nuclear waste. Terrestrial Energy CEO Simon Irish says that for the past 10 years he has been captivated by the scale of the global energy problem and finding a solution that matches it. (CBC)

“It’s just being monitored. There’s not very much of it. By contrast the waste that we don’t control from energy production, we call it pollution, and it kills seven million people a year, and it’s threatening very serious levels of global warming,” said Shellenberger, in his TED Talk posted in June 2016.

Companies designing SMR technology are creating plans for the waste as well, though the designs for all aspects of the technology vary from company to company.

An Oakville, Ont., firm called Terrestrial Energy is designing a reactor that it says will produce less long-term waste than traditional nuclear plants.

“We’re capable of storing that nuclear waste on our site for up to 50 years,” according to Terrestrial Energy CEO Simon Irish. After that, the company would look to dispose of it in the deep geological repository that Canada’s Nuclear Waste Management Organization is planning.

Terrestrial Energy has been working on its design for about six years, but it expects it will take another 10 years before its design is approved, licences are granted, and a plant is built and operational.

Irish believes his company’s first SMR power plant will give Canadians — and potential customers — confidence in the technology.

“Advanced nuclear can deliver on the nuclear promise, which is enormous amounts of clean energy at a cost competitive price,” Irish said.

At Natural Resources Canada, Cameron says that there’s a buzz of excitement around the world in anticipation of what is being developed in Canada along with global partners.

But still, she recognizes that not everyone will want nuclear power in their community, and to that, Cameron says: “That’s OK. Nobody’s going to push this on people who don’t want it.”